Russ Cochran turned pro in 1979 and took nearly 12 years to win his first and only PGA tour victory at the 1991 Western Open.  Overall he played in 599 tour events, and in addition to his one victory, he has eight 2nd place finishes, and four 3rd place finishes among 58 times in the top ten.  Cochran joined the Senior/Champions tour in 2009.  He plays regularly on the senior tour and he won five events, including the 2011 Senior Open Championship.

​The Best Lefthanded Golfers of All Time

Bubba Watson turned pro in 2003 and has earned over a million dollars each year since 2006.  He earned his first PGA Tour Victory in 2010, and currently has a total of ten career wins, (including the Masters Tournament in 2012 and 2014) along with fourteen 2nd place finishes and five 3rd place finishes among his fifty-eight times in the top ten.  In February 2015 he had earned the #2 ranking in the world, although he has leveled off from that peak and ranked just 75th for the 2017 season. Read more here.

​Steve Flesch turned pro on 1990 but did not play regularly on the PGA tour until 1998.  Overall he has played in 463 tour events with the majority of his appearances between 1998 and 2011.  He has four career victories, three 2nd place and five 3rd place finishes among 63 times in the top ten. He won his first PGA tour event in 2003, and had three more tour victories through 2007. In 2008 he finished fifth in the Masters Tournament and sixth in the PGA Championship.

Phil Mickelson turned pro in 1992 after a successful collegiate career at Arizona State University.  He won his first PGA tour event as an amateur in 1991, the first of 43 tour victories, including the Masters in 2004, 2006, & 2010, the PGA Championship in 2005, and The British Open in 2013.  He has ranked among the top money winners almost every year since his debut, ranks second for his career and currently ranks second for the 2018 season.  Read more here. 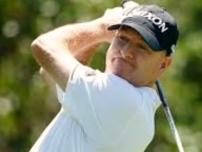 Mike Weir turned pro in 1992 and had some success on the Canadian Professional Tour and the Asian tour, but struggled until he earned his first career victory in 1999.  Overall he has played in 440 tour events with eight tour victories, ten 2nd place finishes, and eight 3rd place finishes among sixty-nine times in the top 10.  In 2003, he won the Masters tournament and finished 3rd in the US Open.  He continues to play on the PGA tour but has struggled with various injuries in recent years

The Best Lefthanded Golfers Of All-Time​​

Why Aren't There More Lefthanded Golfers?​​

Bob Charles turned pro in 1960.  After winning the New Zealand Open in 1960, he turned his efforts to the European and North American Tours.  He earned his first PGA victory at the Houston Classic in April 1963, becoming the first lefthanded golfer ever to win a PGA tour event.  He followed that victory four months later by winning The British Open.  For his career, Charles finished with six wins, eight second-place, and five third-place finishes.  He also won twenty-three times on the Senior Tour from 1987 to 1996. Read more here.