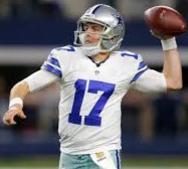 The Rare Breed has become Extinct

As we look ahead to the 2018 season and beyond, both Kellen Moore and Michael Vick

are retired and there are no other lefthanded quarterbacks on any 2018 rosters.

Who will be the next lefthanded quarterback to get a chance in the NFL,

or has their time and place come to an end?

Are there any lefthanded college quarterbacks

or any lefthanded high school quarterbacks 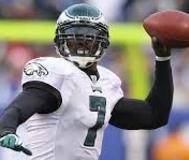 Kellen Moore was the last lefthanded quarterback to play in the NFL,

and we have to wonder whether there will ever be another one.

​Kellen Moore spent three seasons with the Detroit Lions but was inactive for most of that time and did not throw an NFL pass.  He was signed by the Dallas Cowboys during the 2015 season and started the last two games of the season.  He showed enough promise to be listed as the second string quarterback for the Cowboys going into the 2016 season, but he broke his ankle during a preseason practice and missed the entire season.  He was listed as a backup again in 2017, but never played.  He retired after the 2017 season and became an assistant coach.

that there were no lefthanded quarterbacks in the NFL.

​​​​Michael Vick was a #1 draft choice out of Virginia Tech, and he played in 143 NFL games and started 115 of them.  He played in one Super Bowl, and also played in the Pro Bowl four times in his career.  In his last year he played in five games and started three of them for the Pittsburgh Steelers after the starting quarterback was injured.  Vick was an available free agent who was not signed by an NFL team for the 2016 season and then retired at the end of the year.